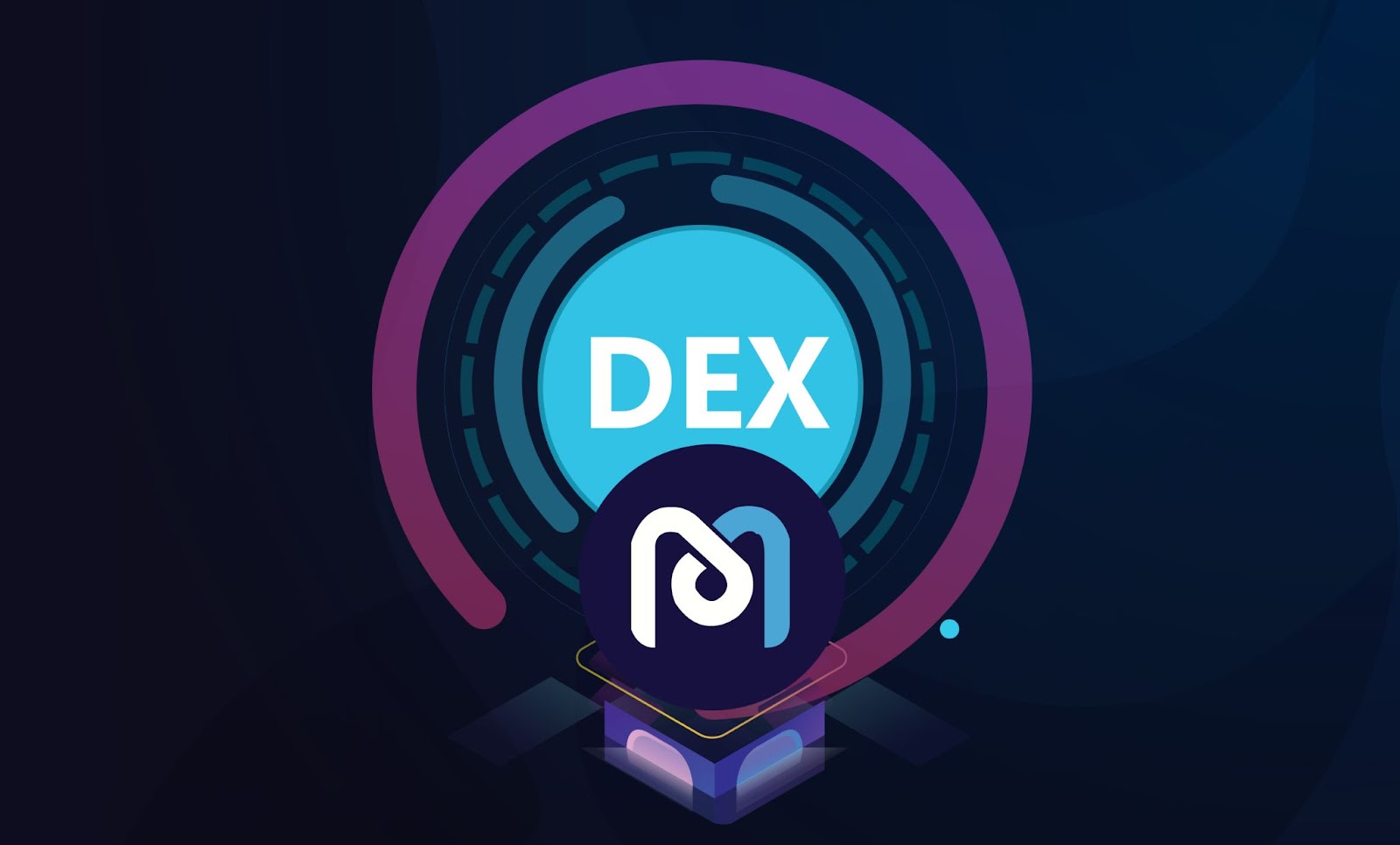 The rebound in the crypto asset market has driven the DEX segment to recover in value, with overall trading volume increasing dramatically from its low point. Entering the second half of the competition, DEX will also transition from the era of subsidies for liquidity mining to the battle of products. Previously, the Uniswap V3 will have been launched and MDEX is following suit. It has been making strategic moves, with the launch of the new market function and the opening of the Boardroom long-term lock-up function. All of these signals that DEX has actively entered into a “war combating”state.

With BTC returning to the $40,000 mark, the crypto asset market is gradually emerging from its post-crash slump and transaction volumes on decentralized exchanges (DEX) are starting to pick up. DeBank shows that during the drastic rebound on July 26, total market mainstream DEX transaction volume reached $5.729 billion. Last month’s new high represents an increase of 162.92%, compared to the low $2.179 billion on July 11.

Earlier, Uniswap completed the deployment of its V3 version, consolidating their leading position once again. Recently Mdex initiated a push at the product level by launching a market function, supporting mainstream token transactions by providing asset price visualization as well as transactions with limited time. It also opened a Boardroom long-term lock-up function on July 19 which will increase the stake yield of MDX.

In the early days of its development, Mdex jumped to the top of the DEX trading volume for a time with the introduction of transaction mining, which reduced the transaction costs for users. Today, Mdex continues to push the envelope and simultaneously gained some user expectations.

In the industry’s view, after the subsidized era of liquidity mining, the second half of the DEX battle will be a contest of products. Those who can bring more innovation into a competitive environment with serious homogenization will definitely affect the next ranking.

Since the “May 19” cryptocurrency market crash, the crypto asset trading market has been in a two-month-long downturn. DEX, which was exceptionally active during the heyday of the bull market, has been stuck in the doldrums. DeBank data shows that on July 11, the combined trading volume of more than 50 DEX applications in the market was only $2.179 billion, a three-month low, and a 91% shrinkage from its peak of $24.249 billion.

With the recent return of BTC to the $40,000 mark, DEX trading volume has finally picked up. DeBank shows that during the market rally on July 26, total mainstream DEX trading volume reached $5.729 billion, a record high in the last month and a 162.92% increase compared to the low of $2.179 billion on July 11.

Although just over two months have passed since May 19, it is true to the saying “a day in the cryptocurrency world is a year on earth“, because both practitioners and investors have had to face a round of bulls and bears in just a short period of time.

With the crypto asset market gradually coming out of its downturn, some outside eyes are focusing on the DEX segment. All of them are wondering whether they can still occupy a place in the market after experiencing such a downturn.

From the above list, it is easy to see that DEXs originating on Ethereum are still mainstream powerhouses in the field. However Mdex ,which runs on dual chains of HECO and BSC , and PancakeSwap, which runs on BSC, also appear in the list. Both Mdex and PancakeSwap seem to have passed the test of the market downturn.

With the rebound in trading volume, the prices of governance tokens for each mainstream DEX protocol were not left unnoticed by the market.

While mainstream DEX governance tokens generally followed the broader market rally, MDX’s price change did not seem to keep pace with the market, and as a result, it sparked criticism from some cryptocurrency-holding users.

On social media, some investors complained that they “will never buy MDX again”. They bought it at $4.1 and kept getting trapped. Others said helplessly that all other assets have flipped, but only MDX has not moved. However, some people see opportunities in the flat performance of MDX asset price. They believe that MDX price has reached the end of its bottom range and is expected to start a rebound. Some other users who are keen on holding MDX mining said they are not panicking and “will continue to reinvest in MDX for mining”.

During the critical window when the market trend is raising its head, many industry insiders believe that the competition in the second half of DEX is about to hit.

Over the previous year, the rise of Uniswap set off a wave of DEX emergence. As most of these protocols were just imitators of Uniswap, this spawning of exchanges led to serious product homogenization and a lack of market competitiveness. There were even BurgerSwap, JulSwap and other protocols forked from Uniswap that were vulnerable to hacking when the code was changed.

When there is already a king in this market, it is especially crucial for contenders to maintain differentiation at the product level and thus improve user experience if they want to lead in the competition.

Despite Mdex’s poor performance in the secondary market, some users have noticed that Mdex has improved its product several times and has launched new features during the market downturn.

On July 22, the menu bar at the bottom of HECO’s version of Mdex added a “Markets” function. When tapped it reveals real-time prices for a variety of mainstream trading pairs, including WHT/USDT, ETH/USDT, and more. The page is similar to the trading page of a centralized exchange. After tapping into a specific pair, users can trade at the current price of the asset and support manual setting of slippage and trading duration before trading.

User Amy gave a positive review of this new feature, she found it much easier to see the prices, “Before, you had to find two assets separately on the exchange page to see their exchange ratio, but now with the markets page it is very intuitive.”

Earlier on July 19, Mdex also opened a Boardroom long-term lock-up service, where token holders can choose to lock their MDX positions to capture higher returns. From the webpage, MDX holders can have demand staking  or choose to lock up their stakings for 30 up to 365 days. And the annualized return for users locking up their positions for 365 days reaches 1,593.87%.

Some industry insiders believe that compared to centralized projects where most chips are concentrated in the hands of the team, the token distribution of the DeFi protocol is more equitable. Many teams abstain from so-called “market value management”. So to judge whether a protocol has potential or not, it still depends on its degree of product innovation and user friendliness.

In May this year, Uniswap completed the deployment of its V3 version, which has made major upgrades around liquidity and transaction rates, with the aim of improving capital efficiency. In terms of trading volume, Uniswap V3 was well received by users, ranking first in the market.

The success of Uniswap is another proof of the importance of the product. Judging from Mdex’s actions, it also wants to improve the competitiveness of its products in preparation for the second half of the market. Compared to Uniswap, the biggest difference of Mdex is that it is not a mere DEX. At its conception Mdex set out to be “more than trading” positioning, by trying to build a composite DeFi ecosystem that integrates DEX, IMO and DAO.

Specifically at the product level, Mdex not only provides liquidity mining but also introduces a transaction mining model where users can get MDX as a reward when they exchange more assets, largely reducing transaction costs. This has also become the reason why many users choose Mdex.

In addition, in order to balance the market supply and demand of governance tokens, Mdex has set up a repurchase and burning and governance token halving mechanism. As of July 28, the dual-chain version of Mdex has bought back and destroyed more than 69 million MDXs together, and spent more than $176 million on buyback.

In user Amy’s opinion, the biggest difference between Mdex and most other DEX is that it supports dozens of trading pairs for liquidity mining and transaction mining: “almost all mainstream assets can be ‘managed’ on Mdex and after the Boardroom and markets function went online, the whole page is not cluttered. Therefore Mdex still maintains the simplicity that a DEX should have, which is quite rare”.

Obviously, product iterations and upgrades have kept protocols such as Uniswap and Mdex competitive in the market, and to judge who can go further in the second half of DEX competition, the number of users is a measure.

After a round of market crash, it can be verified that the current market users’ favorite DEX are mainly PancakeSwap, Uniswap and Mdex. According to Debank data for July 29, the number of PancakeSwap 24H users reached 129,400, Uniswap stood at 26,000 and for Mdex it was 15,000 million people.

As a decentralized community-based project, their huge user base will provide these DEXs with uncommon competitiveness. And according to Mdex, it is also preparing to launch invitation rebates in the near future and productize them to improve the rights of community users and unite community power.

As the DeFi world changes at a faster and faster pace, the competition among DEXs will become more and more intense. After the subsidy era of liquidity mining, the second half of the DEX will revolve around a battle of products.