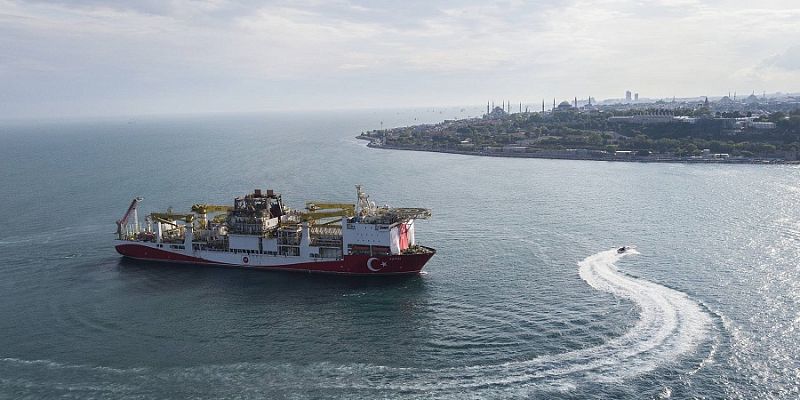 Ankara, 17 Oct – IA Neftegaz.RU. Turkish research vessel Fatih has discovered additional natural gas reserves in the new field in the Black sea.
This was announced by the President of Turkey Erdogan, the TV channel NTV.

Abstracts of the Turkish President:

Earlier it was reported that the reserves of this field amount to 320 billion m3 gas.

We will remind that on August 21, 2020, Erdogan officially announced that the Turkey was discovered in the Black sea of large reserves of natural gas.

By 2023, the government hopes to start its supply to the domestic market.

In the near future, the President said, the authorities will solve the technical issues related to gas production from this Deposit, and will immediately commence drilling.

The Minister of energy and natural resources of Turkey F. Donmez said that discovered in the Black sea gas reserves are estimated at 65 billion dollars. USA.

The Turkish authorities acting in the framework of the strategy of the Blue homeland (Vatan Mavi), suggesting the government’s commitment to energy independence by opening their own mineral resources.

In addition, this doctrine suggests persistent support for a NATO country, but the problem is that its implementation can lead to problems with NATO allies Greece and France.

This confirms the fact that oil and gas conflict in the Mediterranean is currently heating up.

The Turkish foreign Ministry on 11 October 2020 stated that the research ship Oruc Reis will be conducting over the next 10 days of seismic exploration in the Eastern Mediterranean on the Greek continental shelf, which Turkey perceives as its own.

In response, the official representative of the government of Greece S. Petsas said that while Oruc Reis is located in the region, Greece will not negotiate with Turkey on the issues of geological exploration (GE).

The Greek foreign Ministry has previously said that the decision of Turkey is a serious escalation and a direct threat to peace and stability in the region and charged that it undermined efforts to resolve the crisis in the Eastern Mediterranean.