How Audit and KYC Projects Build Trust in DeFi Industry

No permafrost. Rostekhnadzor called the cause of the accident at TPP-3, Norilsk violation of reservoir operation 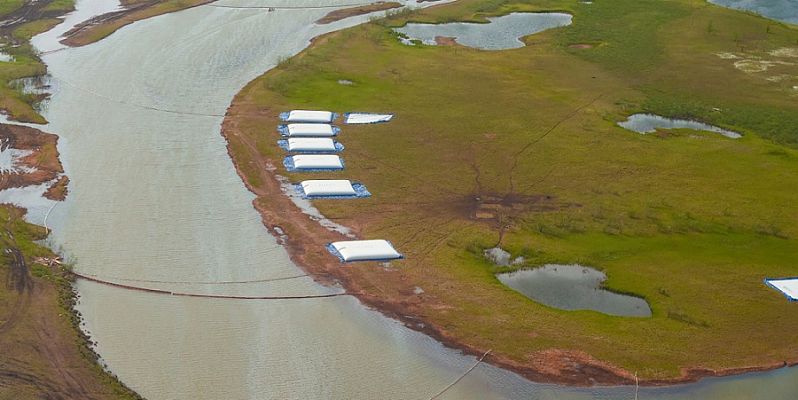 Moscow, 10 Nov – IA Neftegaz.RU. Rostekhnadzor called the violations during the construction and operation of the reservoir as the cause of the accident at TPP-3 of the Norilsk-Taimyr energy company (NTEC, a subsidiary of Norilsk Nickel) in may 2020.
This is stated in the message of the Yenisei Department of Rostechnadzor.

The document contains the preliminary conclusions, the final results and the signing of the act is planned in the framework of the final meeting of the Commission November 13, 2020 in the Yenisei Department of Rostechnadzor.

Earlier it was reported that during the investigation Rostechnadzor considers 4 main versions:

The climatic reasons of permafrost thawing the Department ruled out, and the rest of the accident was caused by a combination of factors.
Preliminary conclusions of Rostekhnadzor:

The Commission also found shortcomings in the actions of working with the expert tank of the organization, not fully investigating the compliance of the project and Executive documentation for construction pile Foundation and documents proving quality of structures and materials, as well as committing several other violations.
This was the conclusion about the possibility of using the tank until September 2022, inclusive, and issued the conclusion authorizing the increase in loading by 25%.

The tank collapsed due to subsidence of the supports of the vault, it resulted more than 21 thousand tons of oil products which got into the soil and water.

In early July, 2020 Rosprirodnadzor said that the damage to water objects estimated at nearly 148 billion rubles, and soil – in 738 mln.

Please note that this assessment considers overstated, calling the amount of RUB 21.4 bn, there is a trial.

At the end of October 2020 Norilsk Nickel has completed 3 major phases of the spill of petroleum products, a fully localized oil spill and when you’re done collecting the main mass of the fuel and water mixture.