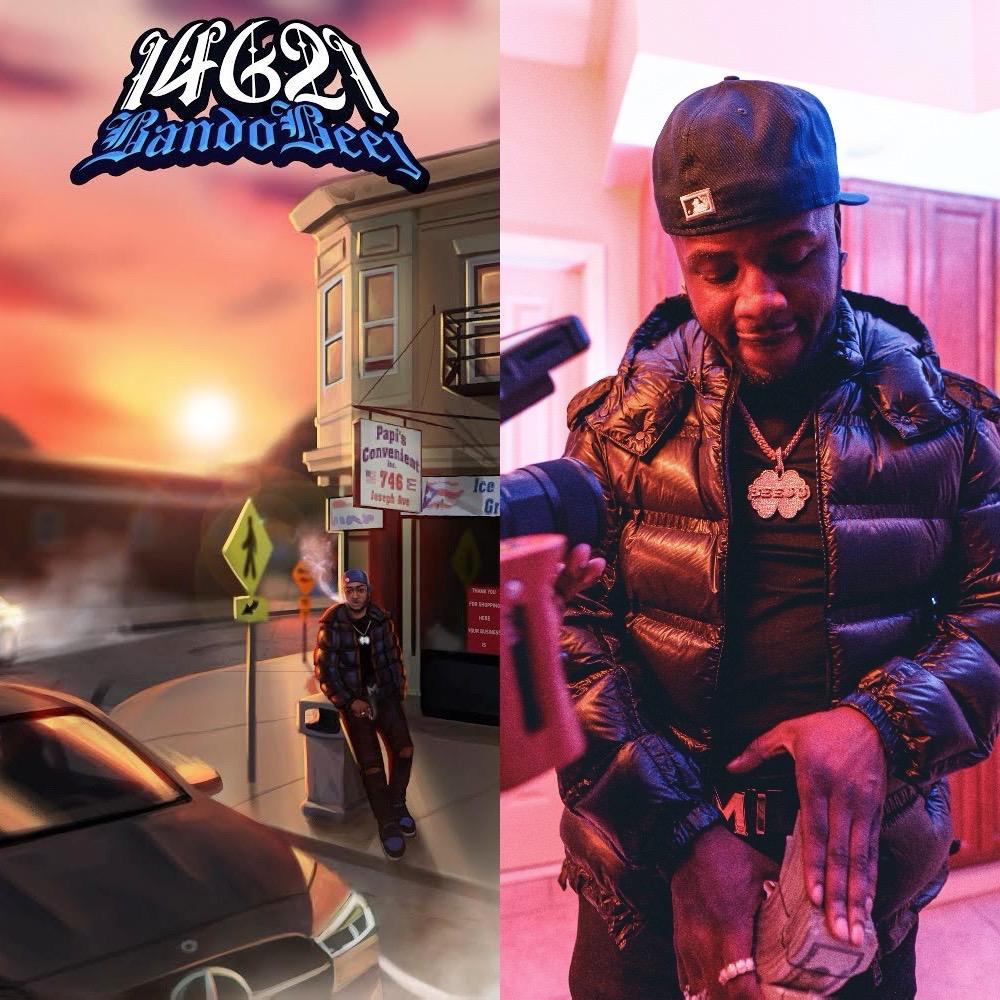 Bando Beej is the perfect example of hard work pays off with “14621” being the 10th project that this artist has released in his music career. I’ve been listening to every Bando Beej project I could find since I first discovered this artist about 6 months ago & this is the only one I could describe as nothing other than immaculate. The album is titled “14621” after a zip code on the north side of Rochester, NY where the artist originates.

This project has accumulated well over 100,000 streams during the first week on Spotify alone while amassing Bando Beej over 20,000 monthly listeners. One thing that stood out most about this body of work over all of the others was the absence of auto-tune on any of the 10 recordings while still resulting in the smoothest vocals he’s ever delivered. In today’s Hip Hop scene more than 80% of rappers use auto-tune but according to Bando Beej he makes “Gangsta Music” not Hip Hop.

If you’re ever at a red light listening to “Bic”  “Miami Cuban” or “Toy Story (Interlude)“ (#2, #5 or #7) there’s a good chance that the driver next to you is going to roll their window down to ask what’s the name of the song you’re listening to if they aren’t already familiar. I personally can’t stop listening to “Lott” (#4) while shaking my head the entire length of the track which is 3 hooks & 2 verses which is very rare for Bando Beej but I’m content nonetheless. Another one of my favorites from this album is “Don Cheadle” (#8) where Bando Beej exhibits his immense vocabulary & ability to incorporate modern pop culture into his lyrics with clever punchlines. The song is composed by British composer Lzz & NilesWaves which gives the song a real east coast rap vibe although again, Bando Beej claims he doesn’t make Hip Hop.

I believe this project is going to open many doors for Bando Beej this year. Although it’s short & sweet with a run time of only 24 minutes over 10 tracks it doesn’t leave much room for criticism other than it could’ve been longer. With “14621” gaining nationwide notoriety each day the Rochester artist can say goodbye to his days as a local act. You can follow Bando Beej on Instagram & all other social media @bandobeej. The link to the new album which is available on all music platforms is below.