Bitbulls celebrates the launch of their Korean service… abundant prize

Advancements and Utilization of Lasers in Dentistry

The term LASER is an acronym or abbreviation for a physical process specifically identified as “Light Amplification by the Stimulated Emission of Radiation”. In dentistry it represents the use of energy which is generated by light both for diagnostic and therapeutic purposes. First introduced in the early part of the 20th century, laser dentistry has made impressive advances in the past two decades. Classification of lasers can be based on wavelength, mechanism of action, construction, or target tissue such as hard or soft tissue. Various types of lasers are used across multiple dental procedures: 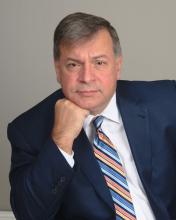 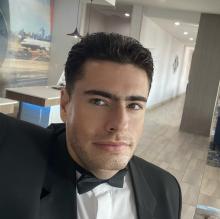 The diode laser with a wavelength within the visible portion of the electromagnetic spectrum (i.e., 600 to 800 nm) is a very effective antimicrobial adjunct when used with a nontoxic solution or photosensitizer which is selectively absorbed by residual bacteria after cleaning and shaping during root canal therapy. In the presence of oxygen there is a photodynamic effect which kills remaining bacteria.Application of energy by a diode laser without a photosensitizer also shows promise with certainregenerative procedures.

The erbium YAG laser (Er: YAG) is a powerful endodontic disinfection adjunct both by creating non-thermal photoacoustic “waves” and by improving the effectiveness of disinfection fluids during irrigation.

Lasers have been proposed and are utilized in operative dentistry for caries removal, cavity preparation prior to restoration, and sealing pit and fissures. The CO2 and Er: YAG lasers with wavelengths of 10,640 nm and 2,940 nm, respectively are used during operative dentistry.

A wide variety of periodontal procedures ranging from dental scaling and root planning to surgical procedures which include gingivectomy and gingivoplasty can be undertaken with the utilization of the Er: YAG, Nd: YAG and C02 lasers. Clinical research suggests some post treatment advantages such as less post operative pain and improvement of gingival health by way of a reduction in the plaque index, and decreased pocket depths.

Information contained on this page is provided by an independent third-party content provider. Binary News Network and this site make no warranties or representations in connection therewith. If you are affiliated with this page and would like it removed please contact [email protected]