TMK will supply the piping system for nuclear power plants 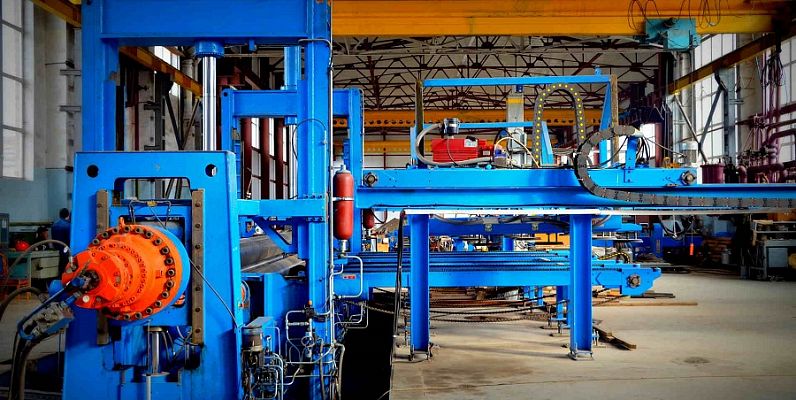 The company acquired a controlling stake in Rakityanskaya reinforcement of the plant that will enable it to enter into number of the largest suppliers of equipment for nuclear power plants.

Moscow, 28 Okt – news Agency Neftegaz.RU. Pipe Metallurgical Company (TMK) has acquired a controlling stake in Rakityanskaya reinforcing steel plant and other enterprises in the composition of the Pipe 2000 – 1th of the leading Russian manufacturers of pipeline systems for the nuclear industry.
This was reported by PMC.

The transaction will allow TMK to enter the number of the largest suppliers of equipment for nuclear power plants (NPP) in the Russian and international markets.

Rakityanskiy valve plant, located in the Belgorod region, production facility in Tver region and Gus-Khrustalny REMONTNO-TEKHNICHESKOE PREDPRIYATIE in the Vladimir region, which has acquired TMK, are suppliers of pipeline equipment from carbon, boiler and stainless steels for TPP and NPP.

Together, the group of these enterprises is consistently in the 4ku the main Russian producers of pipe systems for nuclear power plants.

Today, their power can produce about 1.2 tonnes/year of products in the future with the support of the new shareholder is planned to significantly increase these volumes.

Since 2007 the enterprise has already supplied more than 15 thousand tons of pipelines at NPPs of Russia and Belarus and is currently fulfilling a contract for the supply of products for nuclear power plant Akkuyu in Turkey, the construction of which implements the Rosatom.

Enterprises are also engaged in designing of equipment for NPP and TPP for these purposes, the group has a dedicated design unit.

According to expert estimates, in the next 3 years the need for partners of TMK in pipelines amount to more than 33 thousand tons.

Taking into account the plans to expand capacity of the company will be able to provide 10-15% of these volumes.

A cooperation agreement between TMK and Rosatom was signed in April 2019.

It involves the interaction in the sphere of production and application of high-tech pipe products, including joint development of new types of steel pipes.