Introducing Waffle Exchange; Could This Be The Next PancakeSwap Competitor?

Financing available for companies hurt by the pandemic

Psychic Finance – A Crypto Farming And Predictive Market With A Difference

“D&K in the lab,” Stories and Lessons from the Collegiate Basketball Court

“The first time I stepped onto a court to play basketball in college, the energy was incredible,” Dex G. remembers. “It was completely different from high school. The fans, the other players, the skill level – it was all bigger. It’s a feeling that’s hard to describe, but I can tell you this: I’ll never forget it.”

With friend Kurt Lee, Dex G. co-hosts “D&K in the lab,” a podcast that delves into the lives and struggles of collegiate basketball players, including his own. The pair are getting a lot of attention these days for their down-to-earth discussions of the realities of college basketball, including the training regimens and demands placed on the players. “What makes us so unique,” Dex says, “is that I’ve been able to talk to some Division 1 players and get their insights into what it takes to play at this level. Their answers may surprise you, and they will certainly teach all of us about the importance of commitment and perseverance.”

For Dex, his own ability to persevere was tested when he announced he would play basketball in high school. “I can’t say that I was met with support,” he says. “In fact, a lot of people tried to convince me I couldn’t do it. I had to be tenacious from the start and push through that negativity so I could go after what I wanted to do.”

After playing at Suffern High School in New York, Dex graduated from Marist College and went on to Montclair State, where he joined their basketball club. “Can you imagine how exciting it was to help them go 7-0? That was my first semester there, and all I could think was how fantastic it was to be playing at this level,” Dex remembers. “It gave me so much confidence that I kept playing even while I was taking classes at different schools to become a medical records professional.” 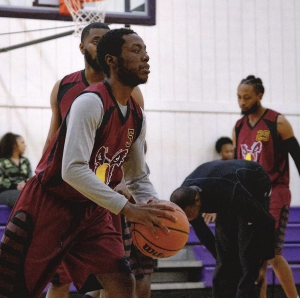 Dex was thrilled when he was able to play for SUNY Ulster Community College’s division 2 NJCAA team. “I was on a real high when I played my first game. I’ll never forget being one of the four players who made it to the next level. I actually committed to playing at County College of Morris after Montclair, but after a month, I transferred to SUNY Ulster and walked on the team later on in the season. I also played semi-pro for the East Carolina Cardinals.”

Today, Dex is still trying to play at a high level, and he will be working out with the Ghanaian team, Braves of Customs. “This will be just incredible for me,” he says, clearly enthusiastic. “It is one of the top basketball clubs in Ghana that competes in FIBA competition, and they have competed in the NBA-BAL qualifiers. I am 100% committed to helping the team reach its ultimate goal: winning a FIBA qualifier once the pandemic slows down.”

The quarantine took Dex and Kurt in a whole new direction with basketball. “The quarantine limited us in what we could do. We really missed playing, but then I came up with the idea of doing the podcast,” Kurt says. “I asked Dex what he thought about talking about his own basketball experiences and even interviewing some players to get some material, and he thought it would be a blast to do. It’s taken off from there.” 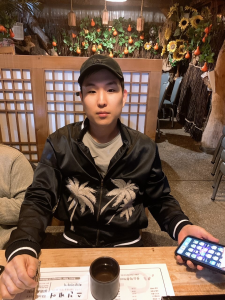 Dex interviewed Ahmad Clark, who plays for Albany University, and Chris Galbreath, who plays for Sam Houston State, for his podcast. “They get real about how hard you must work to make it to that level, how you have to eat, and how brutal the training really is. Some of these guys have truly crazy schedules that require that they get up well before dawn each day, and they’re up until late at night, studying. They are inspirational.”

Inspiration is ultimately what the podcast is all about. “We don’t just sit around and talk about basketball,” Dex says. “Instead, we get into people’s lives and talk about the struggles and how we overcame them. I think, in the end, it’s really a message of tenacity and hope.” 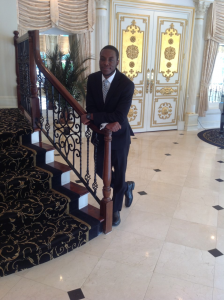